…when the earth was green, our relatives came over from Ireland.”

I also think of our relatives the McGreavy’s who eventually came over to America from Ireland, and our other relative, Richard 2nd Earl of Ulster DeBurgh, who built Ballymote Castle in the year 1300. 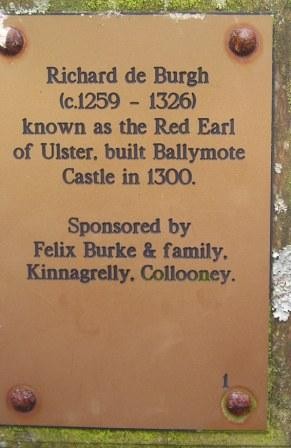 Granted, we haven’t dug real deep to know beyond a shadow of a doubt that we are related to the Red Earl, but once when Susannah and I had been bitten by the genealogy bug, we followed all kinds of rabbit trails on Ancestry and found this 😉 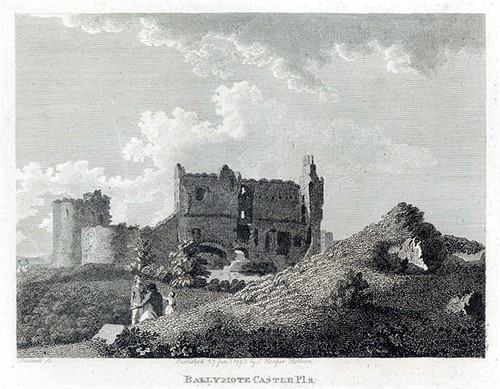 You can click here for all kinds of interesting pictures of Ballymote 😀  We had this one up on our desktop for awhile.

And in honor of St. Patrick’s Day…here are some interesting facts about him.

-At the age of 16, Patrick was captured by Irish pirates from his home in England and sold into slavery in Ireland.

-During his time of imprisonment, something very important happened in Patrick’s life—he turned to God. In his own words, he explained, “It was there that the Lord opened the understanding of my unbelieving heart, so that I should recall my sins and turn with all my heart to the Lord my God.”

-Now that Patrick was released, he made an incredible decision. He decided to return to Ireland, the place of his imprisonment, as a missionary. He wanted to share with them the message that had changed his life.

-Patrick knew that the people of Ireland were actually the captive ones—in slavery to sin. They were trapped by the deceptions of myths, with no hope or meaning in life. Patrick knew that only Christ could deliver them.

-Patrick suffered greatly, at times being put in chains and barely escaping with his life. Many followers of Christ were put to death during this time. Nevertheless, Patrick boldly continued to preach the truth about Jesus.

-Ireland responded in amazing ways to this good news. People listened to Patrick’s preaching and understood how Christ had defeated death and paid for sins. In fact, all of Ireland was affected, and as a result the world remembers Patrick to this day. However, it was not to Patrick that early Ireland responded—but to Jesus Christ!

To see and or print a free St. Patrick’s Day tract, you can go here.  The facts above were compiled by the Mally’s and are on the tract 😀

A Valentine’s Outing
Santa Claus is Coming to Town
Wordless Wednesday: Easter Cantata
A Long Time Ago…
Tagged on: Holidays