Autumn Sunrise Over the Barnyard by Anna

My Precious Gem in a Crown,

Beloved, when you see a garden, do you see the heat, the storms and the weeds of summer as a punishment for inadequate growth from the plant? Why then do you believe the refining in your life is punishment or discipline or worse yet, My disapproval of you?

I long for you to see it all, as a season when I am extra near and carefully allowing things into your life, as a provision of My protection. As the all wise God, I know what is coming in your life and My love constrains Me from allowing you to enter a new season, without being prepared.

Just as you’d not pick your produce, before it was fully grown, I’ll not place you into situations until you’re ready. So instead of seeing a time of refining as discipline, see it instead as a pause – an opportunity to be prepared, by My hand, for the next thing to come. I love you so very much.

A true story about a man whose life calling became taking in the orphans on the streets of London.  He discovered and then brought to the attention of the public that there even were children on the streets with no home and family.  Many thought it wasn’t possible that such a thing could exist in the ‘modern year of 1866’.  A short and interesting read 🙂 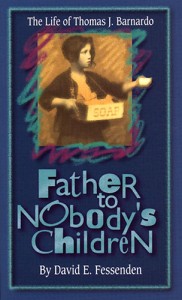 A beautiful time-lapse video of Toronto

An astronaut having difficulty readjusting to life on earth 😀

For coughs and the influenza virus.  according to Natural News.com, “Israeli virologists have found that elderberry extract has been shown to be specifically active against the influenza virus, blocking replication very effectively.”  We really like this stuff 🙂 Okay, so some of the girls say it makes them ‘shiver’ when they swallow it, but it’s not that bad 😉

Simmer 1 cup dried elder berries in 2 cups water for 30 minutes (cover the pan with a lid to prevent the liquid from evaporating too much!). Strain well.  We strain it through a piece of cheesecloth, but you could use a piece of clean muslin, or even a mesh strainer.  Return to pot and add the grated ginger. Cover and simmer for 10 minutes. Strain again, return to pot, and simmer over low heat to reduce liquid to 1 cup. We’ve never had to simmer it to reduce the liquid…it’s already reduced by this point!  Add 1 cup of honey, organic sugar or maple syrup.  We like to get as much as we can out of the elder berries and the ginger, so we do it again, only with half the water, reusing the berries and ginger that we used in the first batch.

Use 1 tablespoon 4 times a day at the first sign of flu, or take daily as a preventative.

For more recipes and to view the original recipe, click :here:.

Our heights picture for today 😀  If you want to see some more pictures of this daredevil, click :here: Some amazing self-portraits and other pictures by Fiddle Oak 🙂 Want to see a hundred and more of these?!  Go to his Flickr photostream and to his blog.  So neat, aren’t they?

One Sunday on the way home from church, Isaiah discovered that ‘Daddy shaves everyday’.   This was new to him and he said, “Whaaat?!  I did not know that!”  Then he was asking how old you had to be before you had to shave.  Something else you must know about Isaiah…he is always looking for a way to make more money 😀  After talking about shaving, Isaiah announced, “When I grow a beard, I’m going to save all the fuzz and sell it!”  😀 😀 😀

One day on the way to our house, Graham (the four-year-old we babysit) was jabbering in the back seat.

If you’ve seen Fireproof, you know that ‘Caleb’ goes into a burning house to rescue a little girl named Lacy.  He’s hollering, “Lacy! Lacy!” through his oxygen mask and later has Lacy breathe through it.  So one day Isaiah asked Cassia,

“Why do firemen have Lacy Things?”

The Seven Sisters Treasures is a bi-weekly post where we share some of our favorite things. ~the Farmgirls